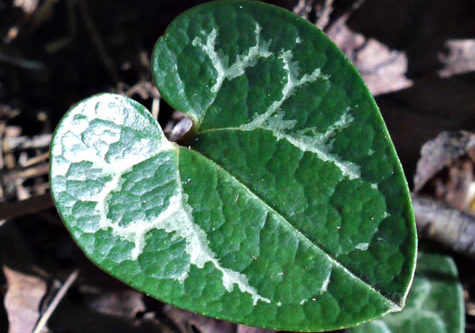 On December 20, the DHEC Board met in Columbia and by a vote of 4-2 rejected a septic permit for a proposed RV Park in the watershed of Goldmine Creek in Spartanburg County, which contains many populations of the rare Dwarf Flowered Heartleaf (Hexastylis naniflora). Local residents objected to the proposal because the proposed park is located in a beautiful rural area that has been the focus of conservation initiatives, including several conservation easements. They objected particularly to the proposed septic system, on a hillside overlooking Goldmine Creek and discharging into groundwater on which the community’s wells depend.

The community conducted an ecological survey, which demonstrated that the Creek was a high quality Piedmont stream and that along its banks were many populations of Dwarf Flowered Heartleaf and at least one population of Ashy Hydrangea. The Heartleaf is listed as threatened under the Endangered Species Act; it exists only in parts of Greenville, Spartanburg, and Cherokee Counties and a few counties in the southern North Carolina Piedmont. The Ashy Hydrangea is identified as a species of concern in South Carolina by SC DNR. Both plants are dependent upon groundwater for their survival and some of the populations live right on the edge of the stream and are impacted by the stream’s water.

Because of the threats to the plants and problems with the septic system permit, the S.C. Native Plant Society and Upstate Forever supported the community’s objections, in a filing with the DHEC Board submitted on our behalf by the Southern Environmental Law Center. The DHEC Board agreed that the septic permit was wrongly approved. The developer now must decide whether to appeal the decision, or to reapply for a permit for a redesigned system, or to rethink the project.

In the recent past, the Society has also spoken up for the rare Heartleaf in proceedings before the Greenville County Planning Commission and the US Fish and Wildlife Service. The Peters Creek Heritage Preserve in Spartanburg was created to protect populations of the Heartleaf, at the urging of our member Dr. Gil Newberry.