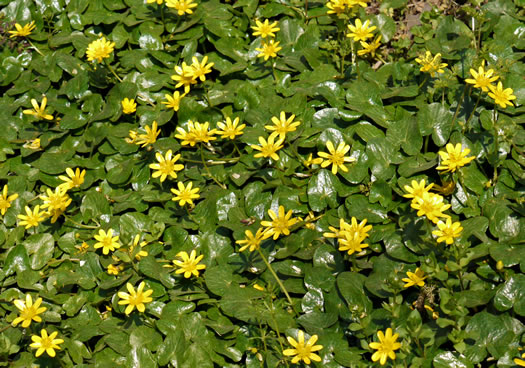 Three species have recently been added to South Carolina’s list of regulated pest plant species (also referred to as the Plant Pest List):

It is illegal to buy, sell, trade, or possess a regulated pest plant species within the state; if it is on your property you are legally obligated to remove it.

For the three most recently added species, these regulations are now in effect.

The state plant pest list is maintained and enforced by Clemson University’s Department of Plant Industry and can be viewed at this link: www.clemson.edu/invasives

Many of the plants on this list are not familiar to us — and for that we can be grateful. Regulators on the state or federal level have seen how they have behaved in other areas and managed to keep them (mostly) out of our state.

On the other hand, familiar invasive thugs such as Kudzu, Chinese Privet, Tree of Heaven, and Japanese Stiltgrass are noticeably absent from the list. Why? Because by the time their invasiveness was acknowledged, they were so widespread that banning would no longer be effective. It would be like closing the barn door after the cows have gotten out (or in this case, in).

This underscores the importance of timely regulations and knowledgeable and alert regulators — as well as the importance of each of us paying attention to the identity of the plants we see taking up residence in our green spaces! Learn more at the Upstate Chapter’s upcoming meeting in Landrum on Oct 17. Fig Buttercup is an early-blooming perennial with showy yellow flowers, which gardeners sometimes confuse with the native Marsh Marigold (Caltha palustris). Recently, its behavior has transitioned to that of an aggressive invasive species that threatens bottomlands throughout its adopted range.
Its 2013 discovery at Lake Conestee Nature Park was the first documentation of its naturalizing in South Carolina; since then, SCNPS volunteers have worked every year to eradicate it there and in the waterways upstream. An infestation has also been found in York County. Crested Floating Heart was first detected at the southeastern end of Lake Marion (Orangeburg County) in 2006, which was the first time that free-living populations of the plant had been found in the US outside of Florida. It has spread throughout the Santee Cooper Lake System (Lake Marion and Lake Moultrie) with a total of some 6,000 acres infested as of October 2012. If not controlled, biologists estimate that it could ultimately infest as much as 40% of the 160,000-acre lake system.