One Wild Community; Finding Our Place in the Wild

Take a photographic journey with naturalist and environmental educator Tricia Kyzer exploring how ecological communities we live in can shape us and become a part of our story and how we can find our place in our wild communities.

About:  Tricia Kyzer holds a BA in Elementary Education from North Greenville University and is a Statewide SC Master Naturalist. For the past 15 years Tricia has worked with people of all ages leading them into making their own connections to our wild places. Carolina Bays are a fascinating and vital phenomenon of the Atlantic Seaboard, mainly found along the boundary between North and South Carolina. These bays were discovered in the 1930s when aerial photography came into existence. Oval in shape and ranging in length from a few hundred feet to up to 6 miles these depressions have been found to be valuable habitat for our most rare plants and animals. Estimates reveal that at one time as many as 2.5 million Carolina Bays existed.  Unfortunately, most have been drained or otherwise obliterated by agriculture and/or logging.  How they came into existence, all the same shape and positioned in the same northwest to southeast configuration, is still debated.

In 2018 SCNPS was able to acquire the Kingburg Bay located in Florence County.  The Nature Conservancy acquired and passed on to the Society the Lisa Matthews Bay located in Bamberg County.

Lisa Lord, a certified Wildlife Biologist, is presently the Conservation Program Director for the Longleaf Alliance and she is also Chair of the Kingsburg Bay for the SCNPS.  Sudie Thomas, Chair of the Lisa Matthews Bay is also a Wildlife Biologist at the Natural Resources Conservation Service.  Both are longtime members of the SCNPS and have been involved have been involved in numerous land management, restoration, and conservation projects. The Midlands Chapter is excited to host its first native plant sale, and honored to partner with Historic Columbia Foundation during their fall sale.
Historic Columbia is actively working to replant many of its gardens with native species. They are generously sharing space at the Robert Mills House with SCNPS for this sale, so shoppers can select from both groups’ plant offerings.

Please plan to pay by credit card and mask up when you can’t stay 6 feet apart. Bring a cart or wagon if you think you might be tempted to get more than two hands can hold.
For questions or if you’re interested in volunteering (and getting an early opportunity to shop) please contact [email protected].

Read the latest edition of Upstate Happenings, including information on the plant sale, upcoming events, field trips, and more!

If you would like to bookmark this list for future reference, we recommend bookmarking this page instead (and scrolling down to the “Retail Nurseries in South Carolina” section at the bottom of the page) to ensure that you’re always viewing the most up-to-date version of this resource.

September 21st, 6:30 pm
Upstate Annual Meeting: Nature’s Best Hope
Recent headlines about global insect declines and three billion fewer birds in North America are a bleak reality check about how ineffective our current landscape designs have been at sustaining the plants and animals that sustain us. Such losses are not an option if we wish to continue our current standard of living on Planet Earth. The good news is that none of this is inevitable.

Tallamy will discuss simple steps that each of us can- and must take to reverse declining biodiversity, why we must change our adversarial relationship with nature to a collaborative one, and why we, ourselves, are nature’s best hope. 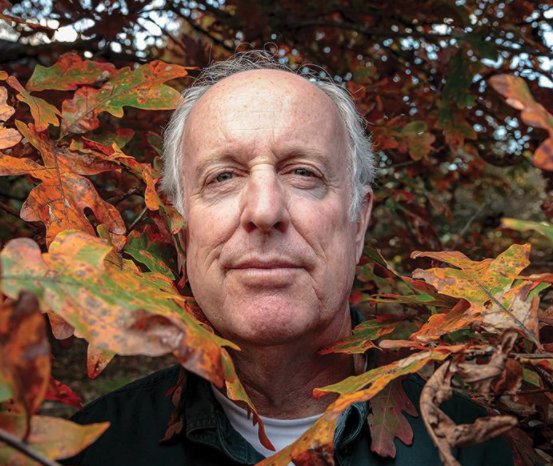 Douglas Tallamy’s first book, Bringing Nature Home, awakened thousands of readers to an urgent situation: wildlife populations are in decline because the native plants they depend on are fast disappearing. His solution? Plant more natives. His sequel to Bringing Nature Home is Nature’s Best Hope.His presentation to the SCNPS on September 21, 2021 will be based on this book in which he outlines his vision for a grassroots approach to conservation. Douglas Tallamy is a professor in the Department of Entomology and Wildlife Ecology at the University of Delaware. He has taught courses in insect taxonomy, behavioral ecology, humans and nature, and insect ecology.

Join the meeting at:

The zoom meeting will open at 6:30 for socializing.  At 7pm there will be a short business meeting followed by Dr. Tallamy’s talk.

To all members…the time is drawing near for the upcoming Fall Plant Sale starting September 17th.  Please consider donating a couple of shifts of your time to make this sale a resounding success.  There are many plants that will need your efforts to get them out into the community.  All it takes is a smartphone and the determination to save the Upstate, one plant at a time!  Please contact Kathy Harrington at either [email protected] or at her cell 864-310-1144.  You’ll get lots of good feelings and a guaranteed endorphin rush from helping your Society during the sale.  Thank you so much! In case you haven’t heard, we are sad to report the passing of SCNPS member James Alexander Fowler.

One of the earliest members of the Upstate Native Plant Society, Jim was a prolific contributor for many years. Having spent years of field research on native orchids and carnivorous plants, he became a leading expert in his field of study as a naturalist. His books and native plant images and information online provide valuable content to the science, and he was honored by the U.S.Postal Service with the publication of Wild Orchids Forever Stamp collection in 2020. Jim took his last photography field trip on Mount Mitchell on June 25, 2021.

Walter Ezell’s The Timeline of an Untimely End Join the Upstate Chapter on Tuesday, July 20, at 7pm for a timely presentation on attracting beneficial insects.  Drew Jeffers, our presenter, is a Spartanburg County Extension agent.

Join the virtual gathering at 6:30 pm for socializing.  The meeting will start at 7:00 pm hosted by Dan Whitten.

Jeffers has wide ranging experience.  He says, “I am a native of the mountains of eastern Tennessee. I have a B.S. in Agriculture and Plant and Soil Science, and M.S. in Plant and Soil Science from the University of Tennessee. My thesis project focused on woody tree and shrub liner production. I have worked as an herbaceous perennial grower for Zelenka Nurseries, a production manager for Brussel’s Bonsai Nursery, a bedding plant grower for Van Wingerden International, and an Integrated Pest Management(IPM)coordinator for Costa Farms – Costa Carolina.

Chat with your fellow SCNPS members and learn how to draw more beneficial insects into your landscape.