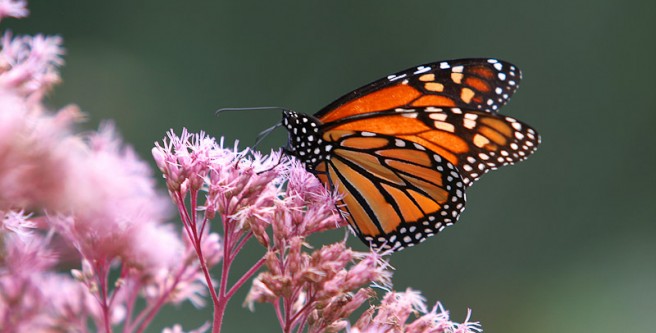 South Carolina is a state blessed with a rich botanical heritage. Our distinct geographical provinces and an abundance of water provide habitat for a diversity of flora, which rivals anywhere in the world. Early explorers such as William Bartram and André Michaux depicted a region so botanically rich that it must have seemed like Eden. However, today most South Carolinians hardly realize what botanical treasures abound, nor do most understand why it is important to protect and promote our native species.

The South Carolina Native Plant Society was founded in March of 1996 by a diverse group of folks interested in promoting the awareness and education of native plant species and their importance in the South Carolina landscape and history. By developing working relationships with organizations such as the South Carolina Coastal Conservation League, SC Forest Watch, SC Wildlife Federation, Sierra Club, Chattooga Watershed Coalition, The Nature Conservancy, US Forest Service, SC State Parks, SC Department of Natural Resources and others the South Carolina Native Plant Society has become a leader in conservation effectively raising the public awareness of native plants and native plant issues. Members of the SCNPS participate in plant rescues, botanical surveys, seed collection,  field trips, lectures and enjoy the fellowship of people who share a common passion, native plants.

Native plants and the native landscape in many ways define us as a state and a people, giving us a sense of belonging, a sense of place. Native plants are our heritage. Be part of that heritage by becoming a member of the South Carolina Native plant society!

Lowcountry Chapter – based in Charleston. The Lowcountry Chapter meets monthly in Charleston September through May (except December) on the third Tuesday of each month at 6:30 p.m. Meetings are held in 101 Duckett Hall, Biology Auditorium on The Citadel campus. Free parking is available along the west and south sides of Summerall field directly across the street from Duckett and Bond Hall. There is also free parking after 5pm in faculty lots directly behind Bond Hall.

Midlands Chapter – based in Columbia. The Midlands Chapter meets on the second Thursday of odd months from 7 – 8:30pm.  Meetings are held at the Richland County Library St. Andrews branch.  The chapter hosts Plant Swaps in the Spring and Fall, along with Field Trips throughout the year.

Piedmont Chapter – based in Rock Hill. The Piedmont Chapter meets in Rock Hill at the Museum of York County at 7:00 pm on the third Tuesday of the Month from September to December, January to March, and May. Annual plant sales are scheduled for April. Other activities include field trips.

South Coast Chapter – Our newest chapter established in 2008 and based in the Beaufort and Hilton Head areas.

Upstate Chapter – based in the Upstate. Upstate Chapter activities include field trips, plant rescues, plant sales, propagation workshops, restoration workdays, invasives workdays, and more — as well as meetings on the third Tuesday of every month (except August) at 7:00 pm. Meetings move between Central (in Pickens County), Greenville (in Greenville County), and Landrum (in Spartanburg County). Visitors are always welcome!